skip to main | skip to sidebar

It's really not dead... For reals this time

Well 2012 was an up and down sort of year. Had some awesome trips, some awesome races, and achieved some lofty goals.

Had some terrible trips, some terrible races, and didn't achieve some lofty goals. that however is subject to another post (I swear this won't be the only one of 2013).

In December the NTC had an awesome (how awesome? AWESOME!) winter/team bonding camp up in whister, BC. Just a 4 day affair we travelled up and stayed at the olympic village suites. The weekend was a blast of XC skiing, a small trail of Biathlon followed by a relay. Thanks to Alison Hooper and Emma Lujan we were crowned victorious in that small race (I must add though that Kirsten Sweetland had a dead eye and probably could have out shot us all, second calling maybe?). The end of the camp had a wonderful team christmas dinner with most of it made by us athletes and Dean. I would post a pic of the meal but I drowned it in gravy so it isn't much to look at. 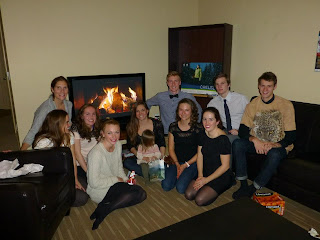 January is looking good, with lots of specific work on the bike, and the run. I don't think I've ever done so many consistent 3+ hour rides ever. why? you may ask.
Florida, that's why.

Ah Florida, my immortal enemy. I don't much care for Florida. It isn't the state per say but the experience of being there. My last camp in Florida was a terrible, like one hundred stories of one hundred-n-ten percent ten speed terror, like BAM! fresh off the grease terrible (that was an Adventure Time reference, look it up, it's hilarious). Least to say I am going back, however this time we will have coaches, and vans, and nice accommodation. I know right? it is already sounding better already. 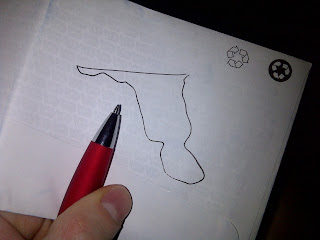 I drew Florida, it contains all my love of it from my last camp there. that will change come february (don't worry I recycled the paper)

After Florida will mark my start of the racing season with possibly of racing in Babados.
yeah, yeah that will be pretty AMAZING.
I have heard great things about the island and the race and if the ability to work it into my race season comes up I will not hesitate at the chance of getting some early racing in.

Next up is one is something that I hold as pretty personal, my first world cup. I don't really want to go into detail about it, but it has been a long time in the making and I am very happy that I have the possibility of racing in the Huatulco WC. 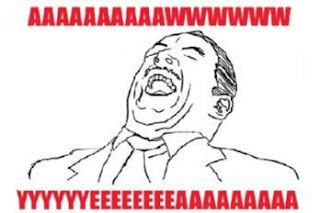 my feelings exactly about getting on a WC start list

After Huatulco I plan on redemption, back to Dallas TX for the continental cup. This time it's a sprint and frankly after getting heat stroke there last year I want to kicks its ass. Plus I kinda like Texas, it has its charms to it, I mean it is a tad big for my liking but maybe that's just the small city canadian kid talking in me. The food is excellent as well.

Following the blast in Texas I plan on training for a short time in prep for another World Cup, this time in Edmonton Alberta (refer to above photo for level of excitement). Just like Dallas, Edmonton is also a sprint. It also holds a small spot in my heart as it was the place of my first junior nationals. All in all I am very excited to duke it out in a race on Canadian soil.

Racing at this point is starting to become a mystery as there is talk of a Continental Cup on PEI (canada games course maybe?) also selection criteria for U23 worlds team hasn't been finalized, and after racing in Auckland in October I want to go back to worlds and this time put down a solid race.

late august holds the possibility of Kelowna again. Sometimes I have too much to say about that place and sometimes not enough. Frankly it's my most inconsistent of races....EVER.
2009: great swim, bike crash, DNF
2010: terrible swim, bike crash, DNF
2011: terrible swim, terrible bike, death march run, 23rd
2012: Just plain great, 5th
I don't want to include pre-2009 junior racing as you probably get the point by now my placing seems to be determined by rolling a D20.
Despeite this Kelowna is a really beautiful town with tons of character, an amazing race committee. They also are pretty good with twitter on race day and really have made great use of connecting to racers and their audience

At this point my season is up in the air, if I qualify for the Worlds team again it is off to london, if not I plan on either racing in Cozumel Mexico at a 3rd World Cup or in San Juan Puerto Rico in the Continental Cup. 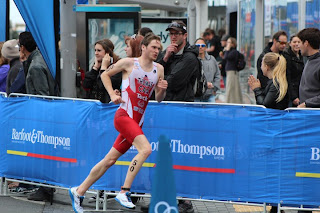 I really want to race again at worlds, this time no holding back, all in.

So yeah, pretty exciting. I am for sure looking forward to it.
Till next time, stay classy!