skip to main | skip to sidebar

Very rarely does an album go by that every song is worth listening to... and worth a second listen

So this is out of the norm of the odd/puzzling that normally dot my blog (you'll also note the lack of race reports but thats another story) but I thought this was something worth talking about. About half a decade ago I heard 'speed of sound' by Coldplay, that song got me hooked on X&Y, an album I would recommend to almost anyone interested in what I listen to. Every song on X&Y was something that I cherished, I picked them each apart to listen to every drum line, bass hook, guitar riff, and piano key. It was amazing all the way from the spacey 'square one' to the album titled sonnet 'X&Y' to the heartbreaking pop of 'the hardest part' to the wonderfully moody 'twisted logic' I even enjoyed the bonus track 'til kingdom come' Simply stunning from front to back.
Now as the title of this post claims it's not every day you come across an album that just makes you want to listen to the whole thing. So when one does cross my path, I think I'd like to share it. Enter 'Miami Horror - Illumination' Illuminate it does... 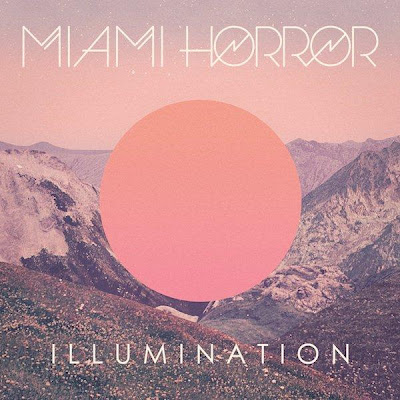 I stumbled in on miami horror by accident. After going on a binge of finding Fred Falke remix's I found a video for Illuminations 2nd song, and from what I presume 1st single off the new album 'I look to you' (trippy video too :). I was hooked. Right then and there I needed to listen to the rest of Illumination, and it was mind blowing. exotic drum lines, melodic vocals painting captivating scenes (OK thats a bit cheesy but you'll realize it once you pull up a curious ear), and synth that reminds of the last 40 years, epic!
And you know what? I think every song is a hit. just like X&Y, Illumination pulls you in and leaves you wanting more and more after each song, but not to worry the next song doesn't leave anything left to desire more. Maybe what attracts me to Illumination is that every song reminds me of another song, for instance 'holidays' leads me to daft punk and their album discovery, arguably what put french on top of what we consider house music today. 'Sometimes' infact has a rift that reminds of 'talk' off none other then X&Y. As for one song that I would say is a wonderful expression of Illumination, I leave you with this one. 'Moon Theory'
I would highly recommend listening to Illumination (and if you got the time, a second time through) Especially 'I look to you' 'sometimes' 'holidays' 'Moon theory' 'Echoplex' and 'Ultraviolet'
Enjoy, cheers!
Posted by Aaron Thomas at 9:58 PM No comments:

good bye summer, shame you never had enough time to take off your jacket..

If the weather was that terrible on you too? this might help you cheer up.. 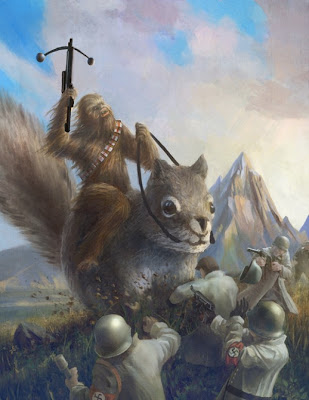 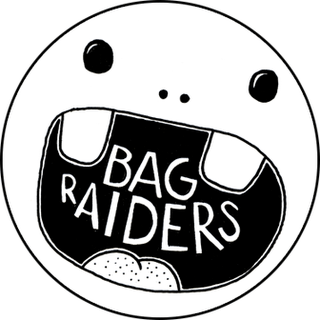 Dude..... put down the food, take off the compression socks, clean the wax out of the ears
28 minutes of mind blowing nothing but....
BAG RAIDERS MINIMIX
http://www.banggang.com.au/podcast/the-bang-gang-podcast-14-bang-gang-12-inches-Bag-Raiders.mp3
please no questions, just sit back and listen!!
Posted by Aaron Thomas at 9:46 PM No comments:

pipe down, this is the gold on the crown..

Much to the rest of the content on this blog I don't talk much about my training or racing, it just doesn't sit well with me, I don't like to talk about it unless I have to. Well right now I don't have to, but I'm choosing to. I guess I've always taken the backstage, not quite there, not quiet first, not quite the team. Well whatever I'm not doing out in the spotlight, whats going on in the background must not be important? well stick around because I guarantee I won't disappoint
"Walk in there like your a 40 foot diamond, you know why? No? 'cause the only thing that can scratch a 40 foot diamond is another 40 foot diamond, thats why! keep a french eyeglass, a backstage pass, and a model for a lady" -Someone who knew it
Posted by Aaron Thomas at 9:46 PM No comments:

A Tribute To Brook Powell

To Brook Powell,
A God among men, we walk this earth within your shadow, yet you stand beside us mere mortals.
If you were to pass before your time I will forever make the world know your might and power.
I shall immortalize your image as a solid marble statue 69,000 cubits in height
(1 cubit=0.52m)
Coat it in GOLD and raise it to the edge of space.
Through those eyes I shall place a laser with diamond lenses for your iris' and reign hell upon the earth below.
I shall wipe the entire state of Oklahoma from the face of the earth, and possibly the Tokushima Prefecture of Japan, I haven't decided yet..
And from then on out for 20 millennia when someone asks "who was Brook Powell?" they shall answer
"A Great Man!" 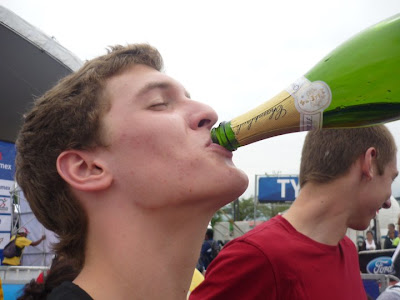 For further reading I have included a list of my 5 favourite cheeses (in no particular order)
1 Swiss
2 Brie
3 Havarti
4 Edam
5 Gouda
Posted by Aaron Thomas at 10:49 AM No comments:

so lately I've noticed training is starting to take its toll on how current information is perceived and processed mainly since when have daytona prototypes be allowed to race in the rolex GT series? seriously? I just found out today, its a kick to the nuts, now I'm starting to wonder about others things and then it hits me BAM!!!

"fuck aaron your out of it, like your spaced out like a space cadet, your a mess, you should just to go bed now, don't even bother sitting around to watch planet earth at 10pm, just walk past the compression socks, you know your not going to put them on.................douche....." 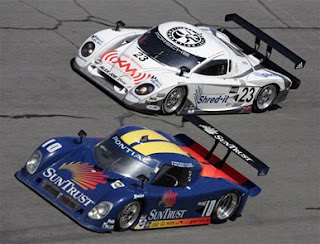 Posted by Aaron Thomas at 8:47 PM No comments:

Sure doesn't sound like them... But I'm not complaining

Apparently it was "too sexy" for viva, that might be a matter of opinion but its a great tune, turn an ear and have a listen.
Lhuna by Coldplay featuring Kylie Minogue
Posted by Aaron Thomas at 9:34 PM No comments:

why? 'cause its for chumps, if I want the stress from workouts to follow me after the workouts, I'll do a longer warm down.
Posted by Aaron Thomas at 7:07 PM No comments:

1. concrete and asphalt have relatively similar friction coefficients when dry and warm, however concrete has a better friction coefficient when wet compared to asphalt, the down side to this is concrete is formed in slabs and placed on to the ground with the addition of expansion gaps unlike asphalt which as an oil product can be "spread" in a sense on the surface. the conundrum is whether you would want more grip with bumps, or less grip and a smooth surface in wet conditions.

2. ceramic bearings are the new "it" item, they are very dense, very round, and when used with synthetic oils have superior rolling resistance compared to standard steel bearings, less kinetic energy is converted into sound and heat energy. The top honours for bearings goes to NASA for ones used in a satellite to test frame dragging of space time, the bearings themselves being just bigger then a golf ball were to be enlarged to the size of the earth the highest peak would be 1m tall.

3. american anti-ballistic missiles are true marvels of how far rockets have come and rocket science being applied. The SM3, launched from an AEGIS battlecruiser is no longer then 6.55m yet can reach a target radius of 500km at an altitude of 250km, the kinetic warhead attached to the top of the missile searches for its targets in the form of ballistic warheads, and decoys, the temperature difference between the decoys and the warheads is what the the kinetic warhead looks for. It chooses a target based on its collected data, corrects its course, and collides at closing speeds reaching 8km/s, this whole procedure takes place all within a matter of seconds.

the above can been seen as taking something the size of a kitchen sink the distance from vancouver to kelowna, to a height the same as the distance of vancouver to seattle. then pick out something the size of a desktop computer surrounded by other items the same size from a distance of 160km away and hit it travelling at a relative closing speed of 28,800km/h, oh and all this done within less then 90 seconds.

4. Viroids are short stretches of circular, singles stranded RNA base pairs without a protein coat that is typical of viruses. viroids capable of infection are at shortest only 2000 base pairs. the viroid reproduces by using itself as a template for new viroids of assemble on the outside of its circular structure. who knew that just a couple thousand molecules assembled in a certain way can be capable of so much.
Posted by Aaron Thomas at 10:07 PM No comments:

Totally forgot about this!

wow, too long have I put something up, or maybe that is for the best, but enough of this extreme lack of personal opinion and mark a new beginning of more extreme personal opinion. starting with a little fact about tucson I have noticed, why the fuck is there no plain sticks of butter in the grocery stores? seriously! this is stupid, I don't want "whipped" butter, I don't want "non fat" butter, I don't want "corn" butter, I just want a plain salted stick of butter, is that too much to ask of this place?
woah... good to get that off my chest, and now something more positive.
Posted by Aaron Thomas at 11:48 AM No comments: